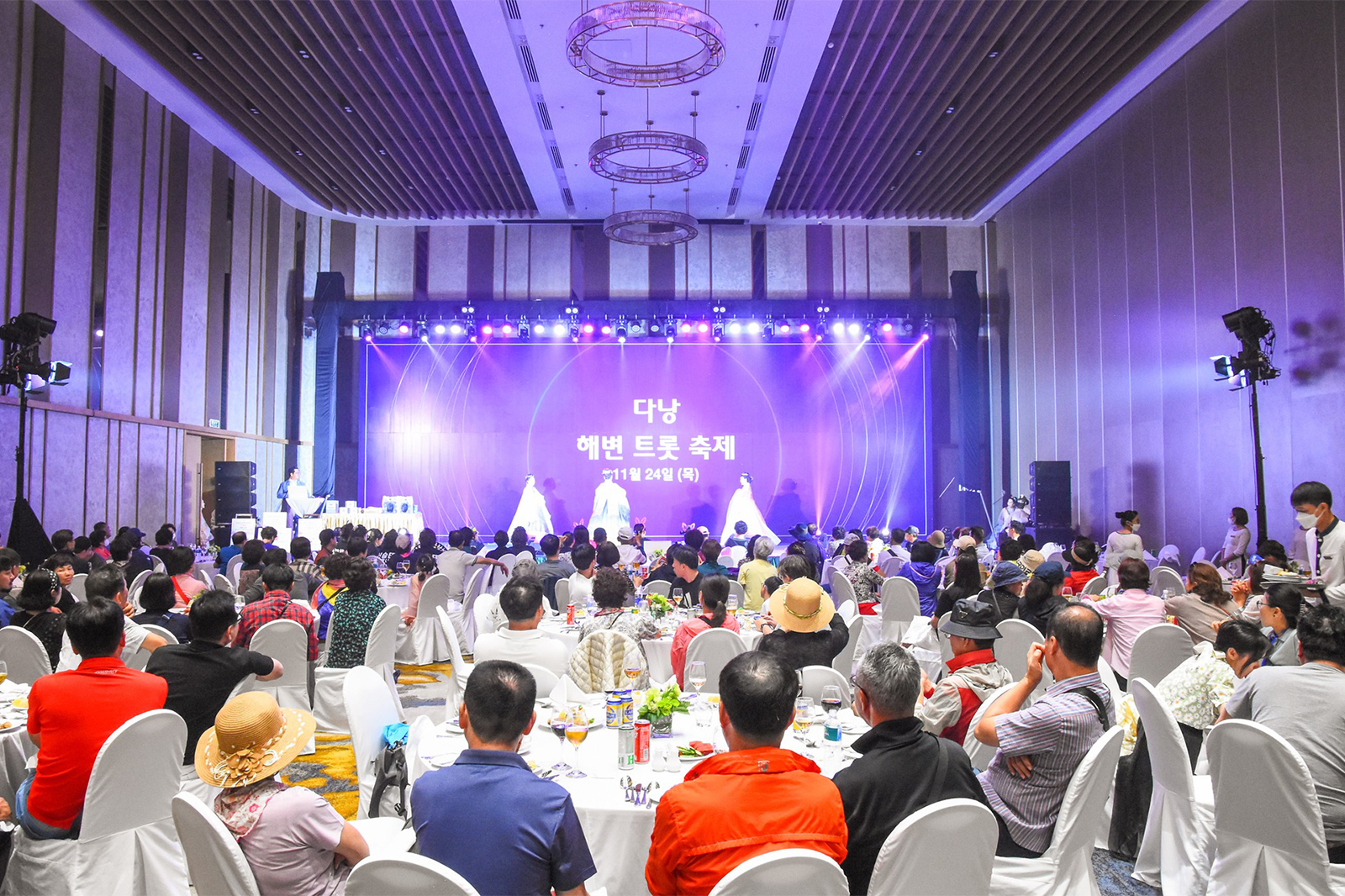 “Trot (트로트, RR: teuroteu) is a genre of Korean popular music, known for its use of repetitive rhythm and vocal inflections. Originating during the Japanese occupation of Korea in the first half of the 20th century, trot was influenced by many genres of Korean, Japanese, American, and European music.”

With the successful holding of this concert, Ariyana Convention Centre once again affirms our leading events destination in Vietnam.