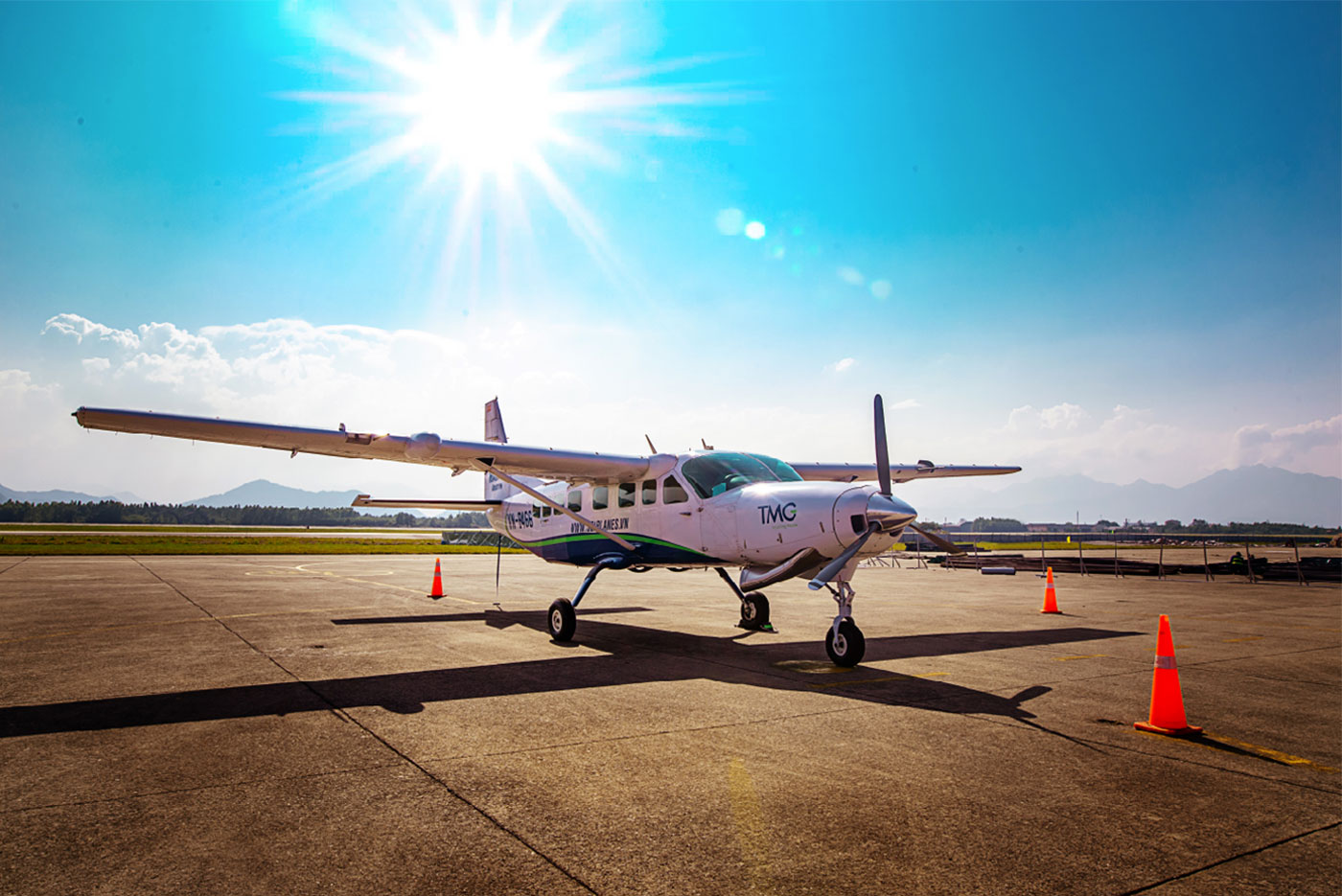 Hai Au Aviation (HAA) has launched a flight between Da Nang city and Dong Hoi, the capital city of Quang Binh province – the first service for aerial sightseeing between the two popular destinations in central Vietnam.

It takes about 70 minutes each way, instead of 6 hours travelling by train or 7 hours by coach, said Ho Anh Phong, Director of the provincial Department of Tourism.

According to Phong, not only saving time, the service also enables passengers to enjoy the view of a most magnificent landscape along Vietnam’s central coast from above, from beautiful Son Tra peninsula, Hai Van Pass – one of the most scenic hillside roads crossing over a spur of Truong Son mountain range – to Lang Co beach and the 24-km Tam Giang Lagoon where the region’s three large rivers meet before they flow into the sea.

Da Nang, Vietnam’s third largest city, is among the country’s top destinations and has been recently named in the list of 52 places to go in 2019 by The New York Times.

The vibrant city has gone from a place that is “best known for being a gateway to UNESCO Heritage town of Hoi An” to an attraction “with a strong foodie scene and new hotels and resorts popping up on a five-mile-long beach strip”, according to the newspaper.

Meanwhile, Dong Hoi is a tranquil city that lies in the heart of Quang Binh. It is the gateway for visitors to Phong Nha – Ke Bang National Park, or the “Kingdom of Caves”, which was twice recognised as world natural heritage sites by UNESCO in 2003 and 2015.

The national park is home to Son Doong Cave, the 1,645m-long cave system, which extends through a mountain, was named one of the most captivating on earth by National Geographic. It was discovered by a local in 1991 and first explored in 2009 by the British Cave Research Association, and has been open to the public since 2013.

HAA is a subsidiary of Thien Minh Group (TMG) – one of Vietnam’s leading travel and hospitality companies. The airline is the country’s first and only provider of seaplane tours that offer passengers the bird’s eye view of popular tourist attractions, including Ha Long Bay, Hue and Da Nang.